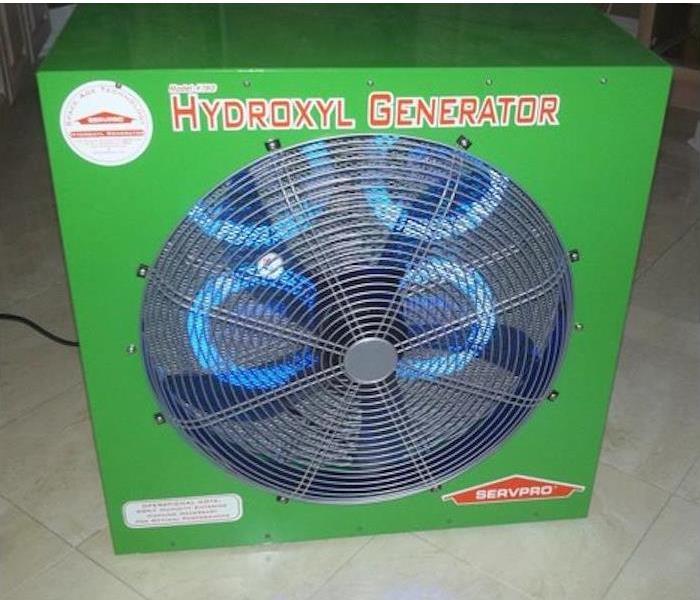 Smoke odors are a lingering after effect of fire damage. Even after your home has been restored, thoroughly cleaned, and made safe to live in once more, you might notice a stubborn smoky smell. Smoke odors are particularly unpleasant because they provide a reminder of the fire and the stress and fear of dealing with the blaze and its aftermath.

SERVPRO understands the importance of getting rid of the smoke smell that hangs around after fire damage to a Norristown home. That is why odor removal is a vital part of our fire remediation process. In most cases, we handle odors using one of two machines: An ozone machine or a hydroxyl generator.

An ozone machine generates ozone for sterilization and deodorization. Think for a moment about the oxygen you breathe. It has two oxygen molecules. Ozone, however, has three oxygen molecules. Sometimes you smell it after a thunderstorm – it causes that fresh post-rain smell that so many people love.

Ozone has important deodorizing properties. An ozone machine works by using either ultraviolet light or a high voltage applied to a metal grid to produce ozone and distribute it throughout the area.

Ozone is a powerful deodorant. It works quickly and then fades just as quickly, leaving the house fresh and the odor eliminated for good. However, ozone is not safe for use around pets, plants or people, which is why we usually only use ozone machines in situations where your home is empty during the remediation process, or where it is not too inconvenient for you to leave it for a short period.

Hydroxyl Generators use UV light to produce hydroxyl, which is then used to deodorize your home. The effect is swift and permanent, and the generator is safe for use around people, plants, and pets.

You can rely on SERVPRO to assess the situation and choose the most efficient remediation method for your home, with an eye on safety at all times.