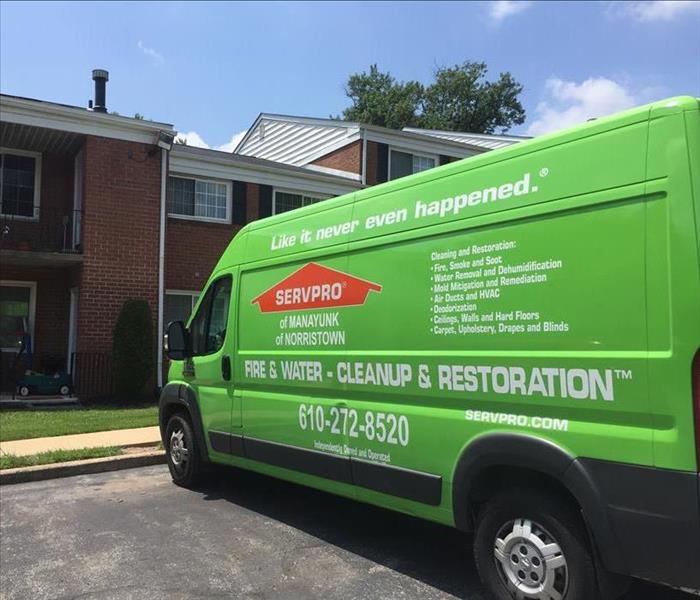 SERVPRO Strives to Reduce, Then Eliminate Fire and Smoke Odors

Smoke has an odor that can linger long after a fire has been put out and furniture restored. These unpleasant smells can be due to residue left behind in air spaces behind fittings, in between floors or in difficult to reach corners. Smoke travels upward, moving toward any spare airspace and, as it passes through, deposits residue, soot, and possibly toxins from burnt materials.

Humid climates suppress airborne odor molecules which can cause odors to return or become pungent. Homes that have recently fallen prey to fire damage in East Norriton can suffer returning odors due to high humidity levels in the climate. At certain times of the year, humidity can reach as high as 69% or higher. To eliminate odors entirely is not easy but doing the job thoroughly the first time around reduces the risk of returning odors.

There is no mechanical tool to detect odors. Indeed, a pleasant aroma to some can be unbearable to others. That is why SERVPRO communicate directly with homeowners to discover which odors need to be prioritized and eliminated. The process of dealing with smoke odor focuses on finding the source of the odor, which prevents it from returning in the long-term and using chemicals to neutralize smells in the short-term.

At SERVPRO our fire technicians are trained to understand the behavior of smoke. Learning how smoke behaves aids us in predicting where the source of odor can be. In rare cases, the source of odor can reside in tiny air-pockets between floors and therefore be impossible to remove without specialized equipment like hydroxyl generators or industrial fogging equipment, alongside chemical deodorizers to neutralize malodorous particulates.

We have an array of deodorizers to help us work within your requirements. Air Scrubbers with Hepa filters can remove 99.97% of particles in the air. An additional carbon filter focuses solely on capturing odor particles. Air Scrubbers can be particularly useful in private properties because they are safe to use around pets, children or adults. In extreme cases, we may need to use the Ozone machine which use 03 molecules to alter the surrounding environment chemically. Ozone machines can only be used in vacant properties because the gas can be potentially lethal. After half an hour the gas will have dissipated, and your technician can tell you it is safe to return to the property.

The other essential piece of equipment we use is dehumidifiers. Firefighters use chemical or water-based extinguishers to deal with house-fires. These are incredibly effective but can often leave behind excess moisture which then increases room humidity and intensifies odor. Using two types of a dehumidifier, SERVPRO can treat the affected area by lowering humidity levels and reducing the strength of odors.

Lingering smoke odors can be tough to remove, but SERVPRO of Norristown has the equipment and the expertise to help tackle it. Call us at (610) 272-8520 to arrange your next service.

More about this Revolutionary War Township by clicking.