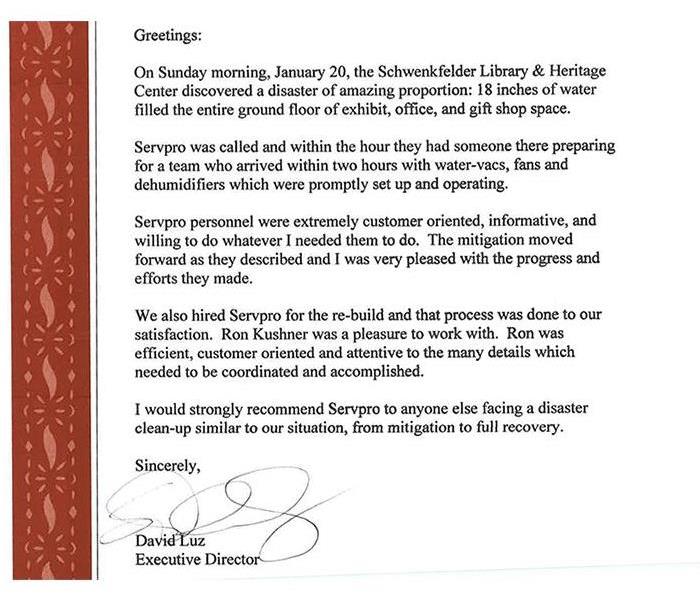 We love hearing from our customers!

When the Schwenkfelder Library & Heritage Center in Pennsburg suffered water damage they called our SERVPRO team. We responded quickly to clean up the water and we also completed the restoration work and rebuild. We appreciate the great testimonial letter below.

SERVPRO was called and within the hour they had someone there preparing for a team who arrived within two hours with water-vacs, fans and dehumidifiers which were promptly set up and operating.

SERVPRO personnel were extremely customer oriented, informative and willing to do whatever I needed them to do. The mitigation moved forward as they described, and I was very pleased with the progress and efforts they made.

We also hired SERVPRO for the re-build and that process was done to our satisfaction. Ron Kushner was a pleasure to work with. Ron was efficient, customer oriented and attentive to the many details which needed to be coordinated and accomplished.

I would strongly recommend SERVPRO to anyone else facing a disaster clean-up similar to our situation, from mitigation to full recovery.